Since we just moved to Seattle less then 6 months ago, I decided to get my boyfriend and I a Seattle City Pass for his birthday. We had a blast! We got to check out so many things, plus a ton more as we were walking around! I wanted to share some of the photos I caught from day 1. Day 2 is all photos from the Seattle Aquarium and to be honest, I probably wouldn’t go back there. Once you’ve gone to the Newport Aquarium, not much else can compete.

This was a quick way to get around and saved us some walking. Trust me, by the end of the day we’d walked plenty enough to burn off those calories from the delicious Clam Chowder we had for lunch. 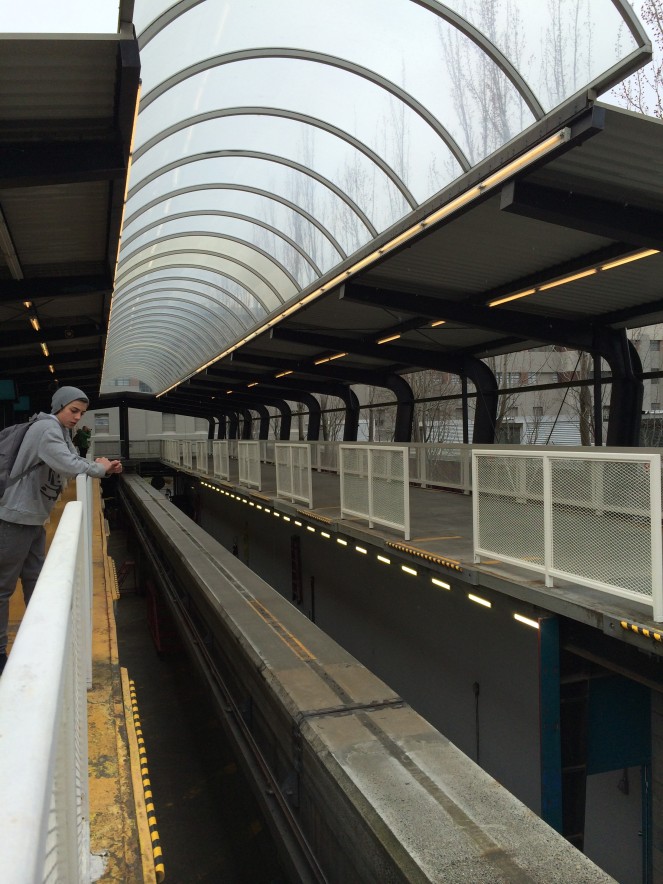 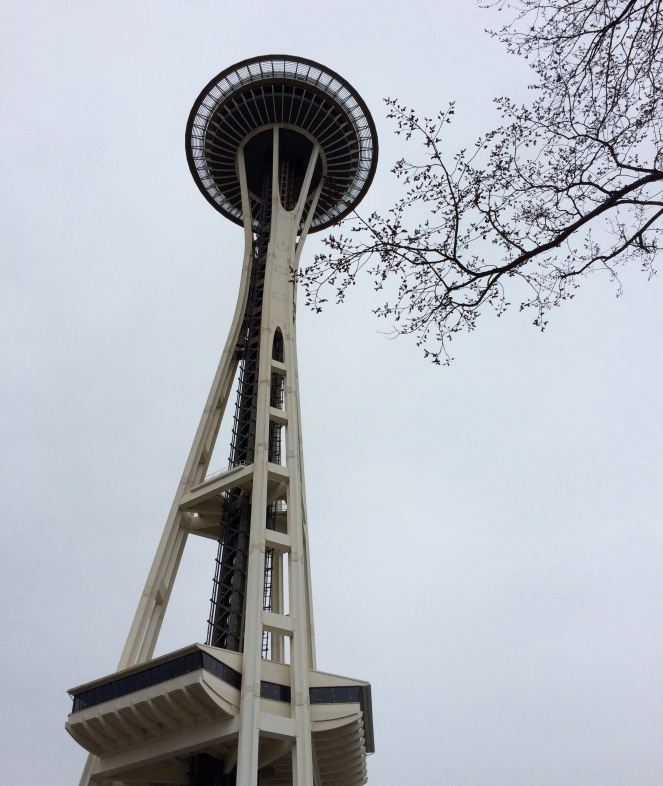 Up close: Gotta love that rust! 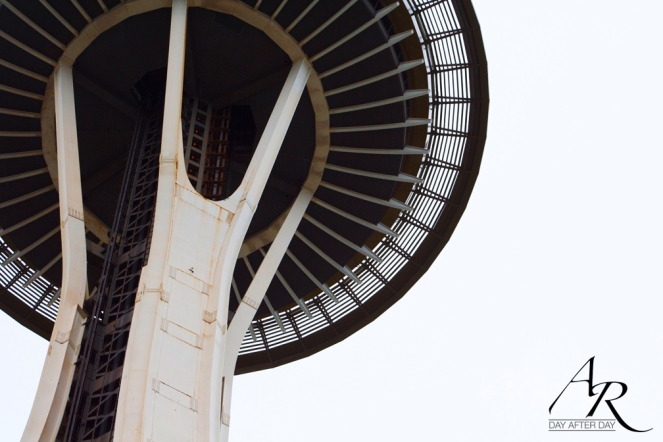 View from the needle: 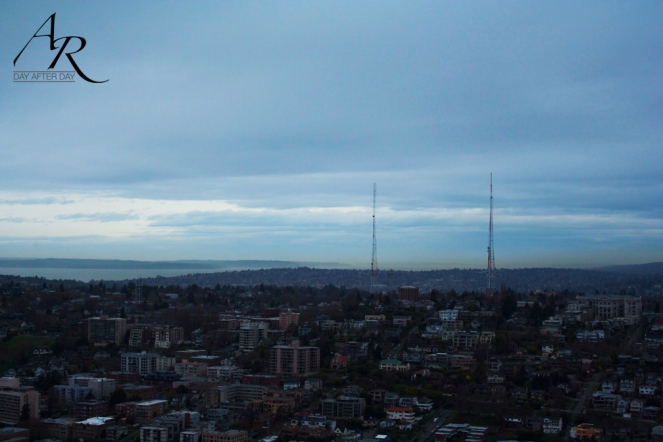 My boyfriend and me being weird: 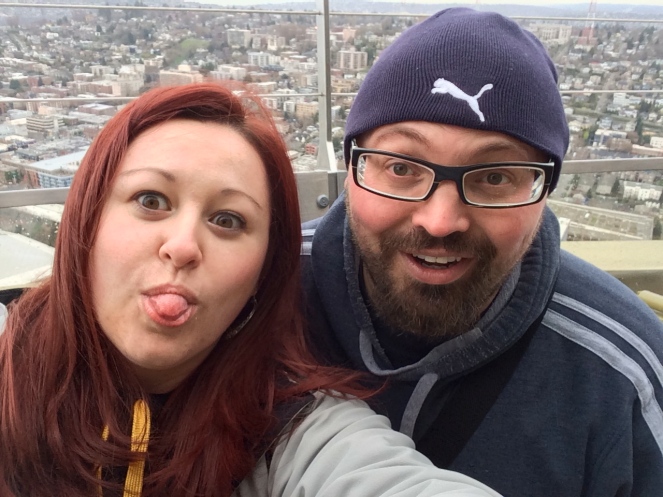 After riding back on the Monorail, we walked 4 or 5 blocks to Pike Place Market: 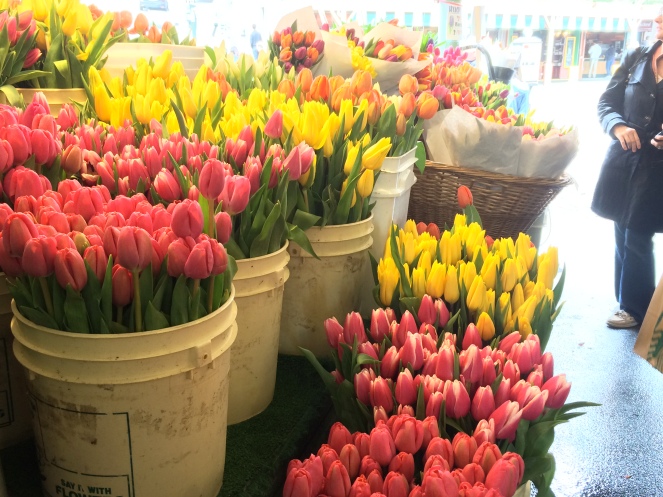 And then we checked out the Seattle chalk wall because it’s our favorite. I don’t know how often they change it, but every time we stop by it’s different: 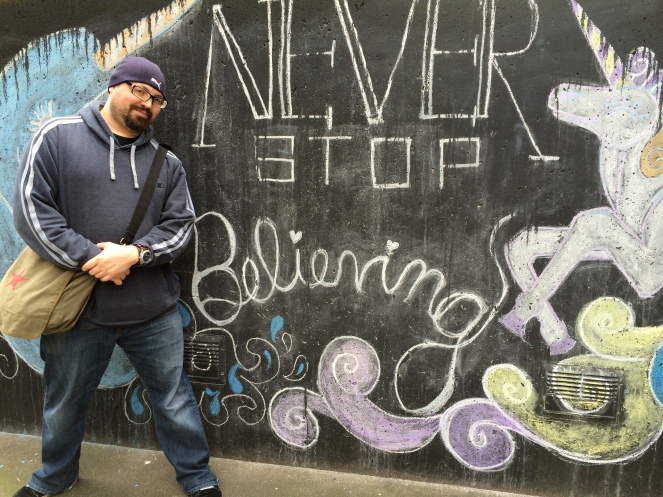 Third,we stopped by and picked up our tickets to Argosy Harbor Tour: 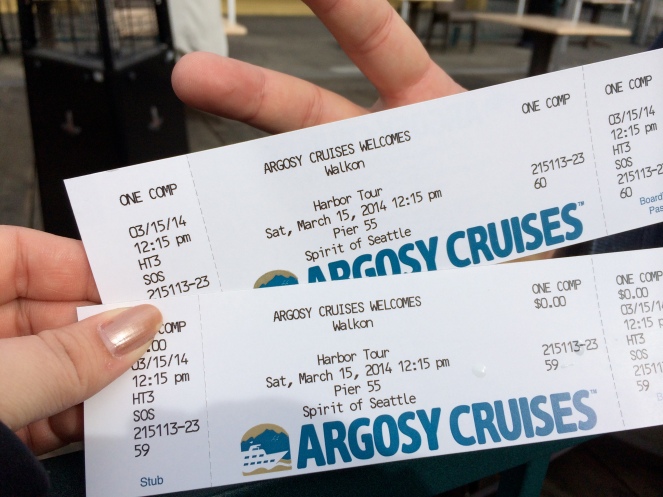 Here are four other passengers on the tour. They were all best friends from Norway. They were so entertaining! They moved those chairs without asking so they could have a better view, all the while drinking their beer and laughing! Oh those hipsters from Norway….. I loved it! 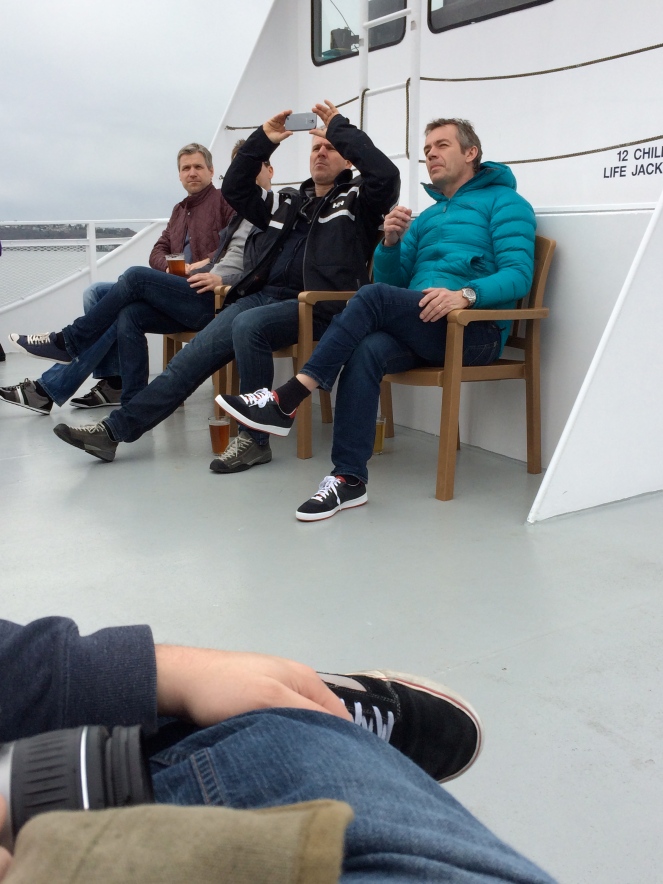 Apparently Seattle’s largest export is grain. Thought it would be coffee didn’t you? No we drink it all. Apparently Seattle gets it from the Midwest and then exports it all. That’s what ships like these do. According to our guide, if this was full of grain you wouldn’t be able to see the red on this ship. Crazy huh? 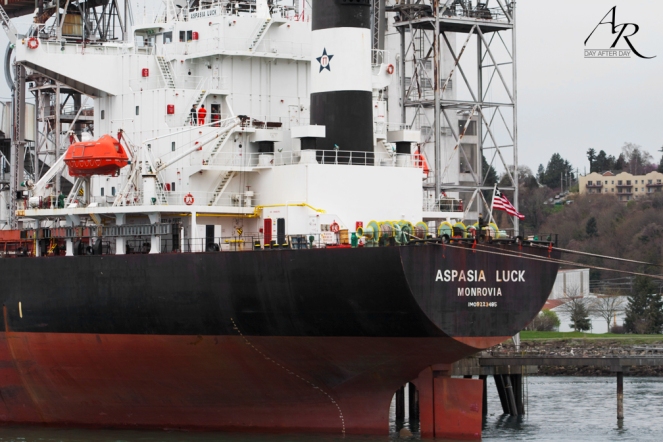 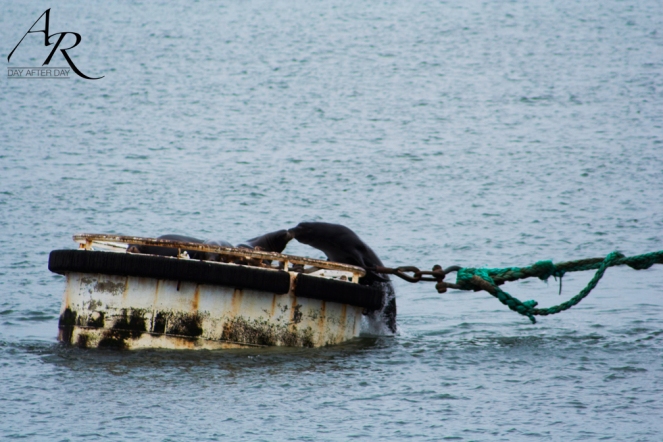 View of the city from the tour boat: 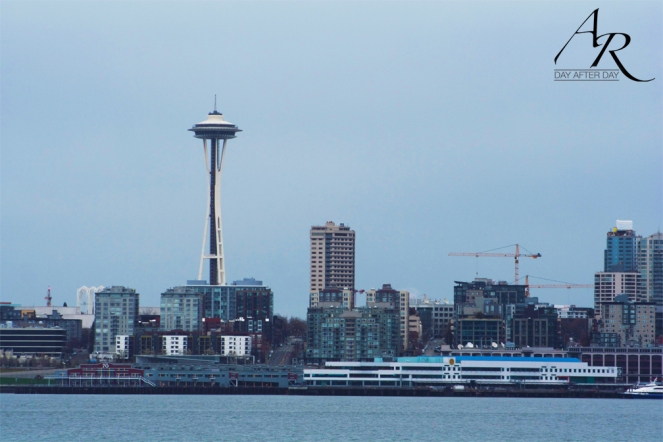 We went up pretty close to these shipping containers, they were some of my favorites: 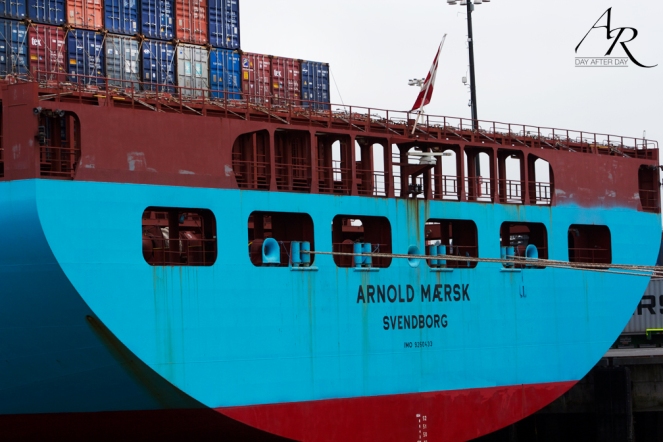 After our tour we were starving! We finished the afternoon of with a big bowl of clam chowder from Fisherman’s (our favorite place): 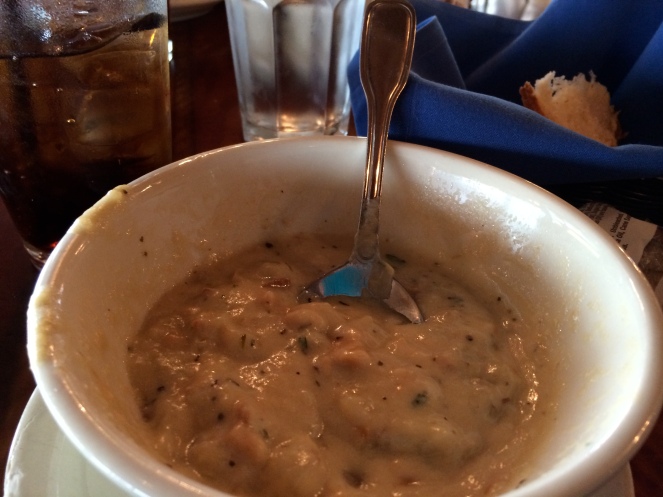 Did you like our Day 1 tour of Seattle? Any places you would suggest we check out as new Seattleites??

This was part of a weekly challenge on street life.

25 thoughts on “Boats, Trains and Automobiles”